Hiring a Freelancer – A Question of Trust 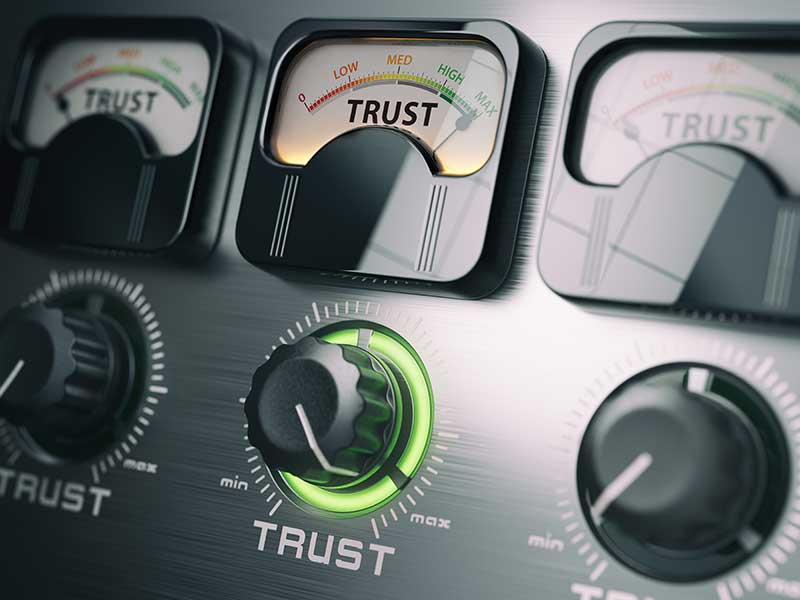 Hiring a Web Developer You Can Trust

Small business website owners contact me because they need web development services. They do not need an in house full time web developer, so outsourcing this type of work to a freelance web developer makes sense.

Located in Virginia Beach, Virginia USA, I work remotely, seldom meeting a client in person. Communicating over email keeps our conversations documented and to the point.

Before a client hires me,  I usually ask for passwords for their web hosting or WordPress admin to review the site. They hesitate, and ask  “How am I supposed to trust you?”.  I understand.  I put myself in their shoes and think, “Would I hand over passwords to access my accounts?”.

There’s not much I can say.  I know me, I know I am trustworthy.

I’ve been a freelance programmer since 2005 (and had worked in the corporate field of web development 7 years prior). I have built a successful small business as a freelancer.  Freelancing is not a moonlighting job for me. I work full time, every day, regular business hours.

I also know there are incompetent web developers out there claiming they can build you a website. They take your money and run, or deliver a shoddy website full of errors and bugs. I know because clients contact me on a regular basis with this same story over and over.

(One of my favorite clients) Calvin wrote this recommendation for website development services that I have been providing to him for years. He has been a client of mine since 2012 and still is today. If you need to hire a web developer, hopefully his recommendation will put your mind at ease that hiring a freelance web developer is a good thing for your small business.

A year ago, I did the stupidest thing in my life. (Well, one of the stupidest. I’ve done lots of stupid things.) We have two important websites, both of them blogs, one of which gets lots of international attention. I decided we needed to overhaul both our sites, and since our web designer was particularly busy at the time, and since I was looking for more “back end” work than design work, I began looking for a crackerjack programmer. I quickly found Adrienne Palmiere. I contacted her and asked her rates. She responded promptly, and noted her rates. I said I could not afford her. She wrote back, saying, “How do you know?” She then explained that she works very efficiently, rapidly, and with consummate skill. (Those are not her words; they’re mine.)

My first stupid mistake was, I didn’t believe her.

My second stupid mistake was, I went to a Pakistani outfit, instead. Over the next 3 months I poured many thousands of dollars into my new Pakistani “team,” only to realize they were away beyond their depth and they had made a stupendous mess. Not only was I poorer by many thousands of dollars, but our site was worse than ever. I contacted Adrienne, in desperation and, yes, embarrassment. “Adrienne! Help!”

I write these words 10 months later. I have built a shrine to Saint Adrienne in my study. I burn incense, in appreciation, and I sing hymns to her. This note is one of them.

Adrienne’s the best. Our designer agrees. My wife agrees. I neglected to mention, above, that our main site had been hacked. Not only did I want to change the site, but it had been seriously hacked. We are a book publisher, and this was a major blow to us. It goes without saying, Adrienne fixed the hack and she built in security that God, himself, would have a tough time breaching.

Don’t be stupid like me. Email Adrienne. Bear in mind, she’s busy, with lots of clients who are fiercely devoted to her. If she takes you on, count yourself lucky.

Yes and no. It depends. Mostly no, but in some cases yes. Read on.

Google’s Video Indexing Report If you use Google Search Console (if you don’t you SHOULD),

Get answers to your questions about hiring a web developer online to outsource website development, WordPress, maintenance and website support.

Working with a Freelancer Online

How to Hire a Freelance Web Developer

Clearly email me specific details about the goal of your site and how it should function.

I will provide a proposal with a solid quote that explains exactly what will be done.

I deliver the finished code to you to review and test the website functions as we defined it.

When you sign off that all is good, I send a final invoice and the new website is moved live.

Web Design & Development in the USA

Outsource web development remotely from Virginia Beach, Virginia to a professional & experienced web developer that actually delivers what they commit to.

Get help creating and  growing your business on the Internet.

Take the stress out of building, maintaining and managing your website by working with a “doer” – committed to delivering what we agree to and solving just about any website issues you may have.

Why hire a Freelance Programmer?

Hire a freelancer when you need website  consulting, but don’t need a full time web developer.

© 2023. All Rights Reserved. FreelanceWebProgrammer.com | Voila Web Solutions
Do NOT follow